This post will be a departure from my normal topics – dare I say, my normal areas of expertise (yeah I’m giving myself some undeserved credentials right now).  Given the finish at The Open this afternoon, I feel that some coverage is well deserved.  So for all you avid golf fans out there (and of course you’re ALL reading my blog), enjoy this rare occasion which is…golf coverage by The Office Sports Guy.  Just as background, I don’t typically cover golf NOT because I’m not a fan.  I love all sports and thoroughly enjoy watching the Majors.  It’s because I am utterly awful at golf, and when I watch the professionals it makes me feel entirely emasculated as they bomb 300+ yard drives down the middle of the fairway.  Meanwhile, I’m knocking it 200 yards off the tee with my hybrid and usually playing my second shot from a cluster of trees somewhere near the adjacent fairway.  But I digress…

Let’s get it out of the way.  If you read my only other golf article, you know my feelings on Tiger Woods.  He’s done.  At the beginning of the week, Tiger addressed the media at St. Andrew’s and said, “I’m not buried and done yet”.  Sorry buddy, but you are.  His career may not be officially over because Tiger will keep trotting out there trying to fix his swing, but let’s be honest…he’ll never compete at the highest level again.  Hell, I don’t know if he’ll ever be in contention on a meaningful Sunday ever again.  Even if you disregard his drought at the Majors (no win since he beat Rocco Mediate at Torrey Pines in 2008, on one leg by the way), just use the ‘Eye Test’.  He’s missed the cut in three of his last four major appearances, and it hasn’t been close.  Remember when all Tiger did was win?  He was Ricky Bobby, “if you ain’t first, you’re last”.  Now he’s THIS version of Ricky Bobby:

He’s turned into a car accident, it’s terrible but you just can’t make yourself look away.  Worst part is there are no signs of encouragement in any facet of his game, and the largest obstacle…the field is too deep now.  Which leads me to…

This afternoon culminated what was an extremely exciting and competitive 5 days of golf (thanks to mother nature).  Despite the difficult weather conditions at time this week, the field took advantage of any opportunity to attack the course and the result was low scores across the board and a leaderboard full of big names and a Sunday afternoon (okay MONDAY) full of drama (I’m still bitter that I was at work while on this went down today).  Anyone who desperately wanted to see Jordan Spieth take home the 3rd leg of the Grand Slam is ultimately disappointed, but he was right in the thick of things all tournament.  Had the results on the last two holes been a bit different, the putt he made on 16 would have been part of the career highlight reel for Spieth.  Alas, it wasn’t meant to be.  But, he played tremendous golf and gave the fans almost everything they could have hoped for (oh and by the way, the guy hasn’t turned 22 yet).

Unlike last year’s Open when Rory McIlroy won going away, this tournament was competitive throughout and full of great storylines.  There was the Jordan Spieth quest (as already discussed), Oosthuizen was looking to defend his turf at ‘The Old Course’ and you had an amateur (Paul Dunne) with a share of the lead entering the final round.  The poor kid looked totally shell-shocked today but who can blame him – he shot +6 and didn’t even finish as the top amateur…now that’s a tough pill to swallow.

You also had Dustin Johnson doing his typical deal…racing out to a lead in a major, only to collapse on the weekend when the pressure is on.  There were old-timers making a run at the claret jug – Sergio Garcia and Padraig Harrington (didn’t even know he still played) both turned back the clocks and were within strokes of the lead on the back nine.  Jason Day once again quietly gave himself an opportunity to win his first major, and once again came up just short – I feel for you bro…your time will come.

And of course the end result after 72 holes…well, 4 more holes as Zach Johnson, Oosthuizen and Marc Leishman forced a 3-way playoff after finishing at -15 (note that both Johnson and Oosthuizen birdied 18 to secure their place).  Johnson was able to pull off the victory and secure his second career major (won the Masters in 2007). 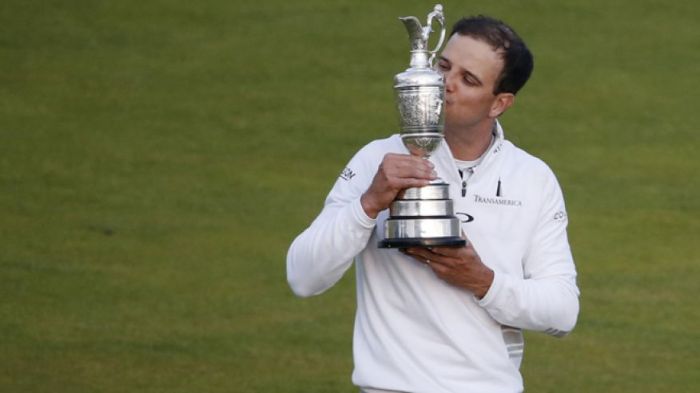 The current direction of golf as a sport.  I grew up during the real heyday of Tiger Woods.  When he completely dominated the sport, and frankly put golf on the map across the world.  Before he busted onto the scene golf was an old-man’s sport.  Once Tiger showed up, kids everywhere were picking up golf.  Everyone wanted to be like Tiger – me included (I even had a tiger head cover for my driver).  When Tiger started to decline, and then got hurt, everyone wondered if golf would suffer and lose viewers/fans.  Well, I can definitively say that golf right now is in better standing than it’s ever been.  There is more young talent across the game than ever before.  Who needs Tiger when you’ve got the likes of:  Jordan Spieth, Rory McIlroy, Jason Day, Rickie Fowler, Adam Scott, Dustin Johnson, Bubba Watson, Justin Rose…it goes on and on.  The game is more competitive than ever, and more popular thanks to the injection of youth into the game.  Kids all over the country are rocking the flat brim cap on the course, so golf is definitely trendy again.

I’ll end on the highest note possible…so did everyone catch the tee shot that Phil Mickelson hit on 17 (the Road Hole)?  After getting himself to -10 for the tournament (only two shots off the lead at the time), Phil proceeded to duck hook his tee shot and land it on a hotel balcony (yes it landed and stayed there)

No, Phil could not ‘play it where it lies’.  I would have loved to see Lefty up on that balcony going for the green; couldn’t help but be reminded of… 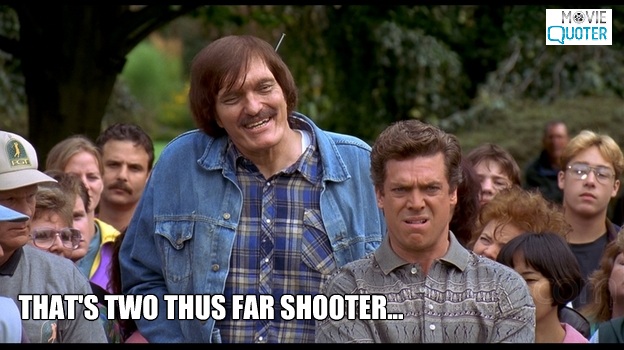